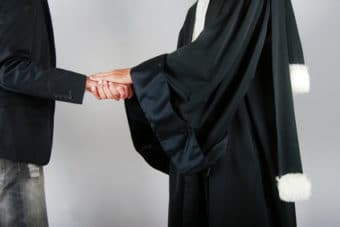 How many lawyers in France?

More than 70,000 French lawyers (“Avocats”) are registered in France.

How do you become a French lawyer?

In order to be admitted as a lawyer in France, prospective lawyers either have to:

Fully qualified lawyers are entitled to exercise in all practice areas. However, generally speaking, a lawyer specializes in one specific practice area in the course of his or her career. If a lawyer has more than five years of professional experience in a specific practice area, he or she is entitled to take an examination in order to obtain the “specialist lawyer” qualification. In France, only lawyers who have passed this examination are entitled to call themselves “specialist lawyers.” Pursuant to a recent reform, the list of possible specializations has been greatly expanded. Today, there are specialists in the following practice areas in France:
Family law

What is the role of a lawyer in France?

Just like in Germany and most foreign countries, French lawyers represent their clients in French courts, provide legal advice in non-litigious matters and draft agreements and other legal documents. Since the global legislative framework is becoming more and more complex and extensive, the counselling aspect is becoming a more and more significant part of a lawyer’s activities.

Unlike Germany, and pursuant to the French Code of Ethics for lawyers, it is still mandatory today to be represented in court proceedings by a lawyer who is admitted at the local bar association in the district of the court. If a person is involved in proceedings before a court in a district other than the one where his usual lawyer is admitted, his lawyer is still in charge of the management of the case: he will draft the briefs, prepare the evidence and plead the case in court. However, a second lawyer (known as an “avocat postulant”) who is admitted in the district of the court must intervene in order to officially represent the client in court and carry out the formalities during the proceedings.

What are the ethics rules a French lawyer has to respect?

The French mentality is very much influenced by this basic idea, which is still very present in current practices: for example, the official salutatory title for a lawyer in France (as well as for a notary or a bailiff) is “Maître” and the robe of a French lawyer is much more elaborate than those of lawyers in Germany or the USA.

Another important difference in the German lawyers’ code of practice is that the correspondence between French lawyers is confidential as a matter of principal. Therefore, French lawyers are free to carry out confidential negotiations with their lawyer colleagues on behalf of their clients, and the lawyer of the opposite party may not inform the Court about the existence or the content of these negotiations, which could harm his client before the Court. Only correspondence that is explicitly declared “official” (“official”) between French lawyers is not confidential. This particularity of the French practice is often very helpful in, for example, the settlement of negotiations between employers and employees.

In comparison to Germany, French lawyers follow a considerably different practice code, both before courts and among each other. It is therefore recommended to ask the advice of a French lawyer, who applies this practice code on a daily basis and is familiar with it – for this reason, he will immediately be taken seriously.

How is the fee regulated for a French lawyer?

Unlike Germany, the fees of French lawyers are not stipulated in an Act. French legislation even forbids making regulations that determine lawyers’ compensation. The French lawyer’s fees are therefore always negotiated individually between the lawyer and his client: in most cases, lawyers charge an hourly fee according to a billable hour structure, but the fees can also consist of a lump sum for straightforward cases or a combination of an hourly fee and a lump sum (especially for certain court proceedings). Unlike German or American practices, contingent fees are prohibited in France.

You have a legal issue about this topic and you need a lawyer?

How do you become a notary in France? There are two different ways of acquiring the professional title as a notary in France. The basic requirement for both is to obtain a Master’s degree in law (called a “Master 1”). Students must then pursue their legal training either in a local school for notaries (“Centre… 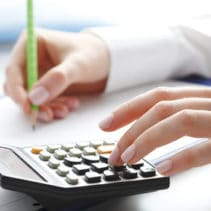 The French court system – an overview

French courts: division between courts in public matters and in private matters In France, the structure of the judiciary system is divided into ordinary courts for handling civil and criminal litigation on the one hand, and administrative courts on the other hand. Each Court has its own special provisions for competence, how to file a…

Tax consultants in France: Presentation
How does one become a tax consultant (“expert-comptable”) in France? Training for tax consultants in France is divided into three steps: After…
The French notary
How do you become a notary in France? There are two different ways of acquiring the professional title as a notary in…
The French court system – an overview
French courts: division between courts in public matters and in private matters In France, the structure of the judiciary system is divided…
Contact

67000 Strasbourg
Tél. :+ 33 (0) 3 88 10 17 40Fax :+ 33 (0)3 88 10 17 41contact@berton-associes.com
We use cookies on our website to give you the most relevant experience by remembering your preferences and repeat visits. By clicking “Accept All”, you consent to the use of ALL the cookies. However, you may visit "Cookie Settings" to provide a controlled consent.
Cookie SettingsAccept All
Manage consent

This website uses cookies to improve your experience while you navigate through the website. Out of these, the cookies that are categorized as necessary are stored on your browser as they are essential for the working of basic functionalities of the website. We also use third-party cookies that help us analyze and understand how you use this website. These cookies will be stored in your browser only with your consent. You also have the option to opt-out of these cookies. But opting out of some of these cookies may affect your browsing experience.
Necessary Toujours activé
Necessary cookies are absolutely essential for the website to function properly. These cookies ensure basic functionalities and security features of the website, anonymously.
Functional
Functional cookies help to perform certain functionalities like sharing the content of the website on social media platforms, collect feedbacks, and other third-party features.
Performance
Performance cookies are used to understand and analyze the key performance indexes of the website which helps in delivering a better user experience for the visitors.
Analytics
Analytical cookies are used to understand how visitors interact with the website. These cookies help provide information on metrics the number of visitors, bounce rate, traffic source, etc.
Advertisement
Advertisement cookies are used to provide visitors with relevant ads and marketing campaigns. These cookies track visitors across websites and collect information to provide customized ads.
Others
Other uncategorized cookies are those that are being analyzed and have not been classified into a category as yet.
Enregistrer & appliquer